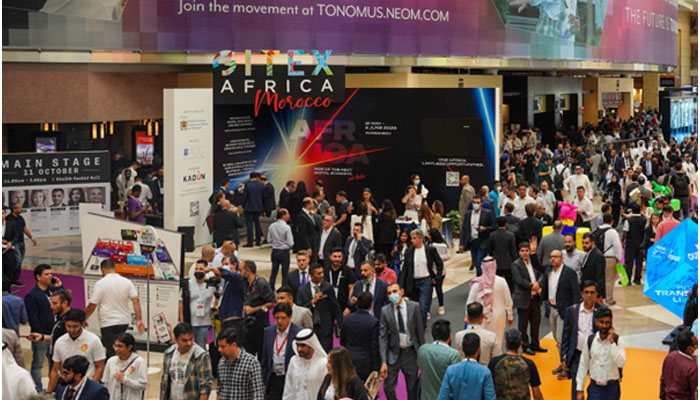 ONE Africa Digital Summit will spearhead a power-packed programme of mind-stretching conference content at the inaugural GITEX AFRICA 2023 in Morocco, unifying government and private sector leaders, policy makers, investors and academics, to steer Africa’s transformation into a single digital market.

The one-day summit on 30 May 2023 at Mamounia Hotel, Marrakech, is poised to be the world’s most influential and outcome-focused forum for dialogues, exchanges and collaborative intentions, accentuating the vast potential of the globe’s youngest continent and shaping the vision for a more connected, sustainable, inclusive, and tech-driven digital economy.

ONE Africa Digital Summit will arrive amid remarkable economic African growth over the past decades, driven by the vast technological and mobile phone revolution, but also thanks to public and private sector determination to embrace digital innovations.

With more than 80 per cent of Africa’s population having mobile subscription, the digital economy is becoming one of the main drivers of cross-continental growth.  This is coupled with strong talent development and a spike in public and private sector investments. As Africa continues to increase its competitive role on the global scale, more international investors have their sights set on the continent deemed as the world’s next economic and innovation epicentre.

To ensure that positive developments continue at a fast pace, heads of States and Governments adopted a bold strategy to unify the continent into a secure Digital Single Market (DSM) by adopting policies and regulations, and leveraging Africa’s economies at scale. This ambitious initiative will enable free movements of products, people and capital while harnessing technologies to stimulate job creation, transform societies, and reduce inequality.

For the common digital market to become a reality, a lot needs to be done with regards to mobilising investments in digital infrastructure and developing the common regulatory frameworks on national and regional levels which will be examined, debated, and pledged during One Africa Digital Summit.

That will be one of many lofty goals among specific high-level panel sessions on the day covering crucial topics from the state of play in Africa’s digital economy and fast tracking integrated and inclusive Digital Public Infrastructure, to amplifying Africa’s resilience towards global economic crises, and rolling out 5G connectivity across the continent.

An historic launch in the world’s next biggest digital economy

The super-connector event will take place from 31 May-2 June 2023, launched in partnership with the Digital Development Agency (ADD), a strategic public entity leading the Moroccan government’s digital transformation agenda under the authority of the Moroccan Ministry of Digital Transition and Administration Reform.

With tech-friendly policies in a continent that is now far more accessible, African investment is rocketing.  Analysts predict the tech market is on track to scale from $115 billion to $712 billion by 2050, while growth in start-up funding is six times higher than anywhere else.  In only six years, Africa went from zero to seven unicorns, with four all born last year.

African talent development is also at its fastest.  Global tech titans Microsoft and Google are already setting up billion-dollar innovation and talent hubs in Africa, while the number of people with internet access has grown to 522.8 million, or 40 percent of the African population.

Meanwhile, a youthful populace coupled with Africa’s rapid urbanisation is accelerating digital economic growth, with 70 percent of the Sub-Saharan African population under 30 years of age and 45 percent of Africans set to live in cities by 2025.

At the confluence of Europe, Sub-Saharan Africa, and the Middle East, Morocco is well-positioned to transform into a regional business hub by leveraging its geographically strategic location, political stability, and world-class infrastructure.

For years GITEX GLOBAL has advanced the African agenda, in 2022 welcoming its most heightened participation from the African tech ecosystem yet. This was amplified by ‘Africa Fast 100’ at its North Star start-up showcase, the largest ever gathering of African start-ups to be hosted under one roof outside of Africa.

GITEX AFRICA 2023 will build on these achievements, curating the most powerful innovations emerging from the world’s next most sought-after market across the fast-growing sectors of fintech, e-commerce, cloud, IoT, AI, telecom, future mobility, smart cities and security.

More information is available at www.gitexafrica.com